The Most Common And Flavorful Indian Spices

India’s cuisine is characterized by the heavy use of a wide variety of spices. Spices are combined and used differently in various recipes; a subtle shift in cooking technique can make the same spice taste entirely different. Even the order in which the spices are used while cooking can result in an entirely different product. To explore these magical ingredients, we’ve profiled some of the most commonly used spices in India. 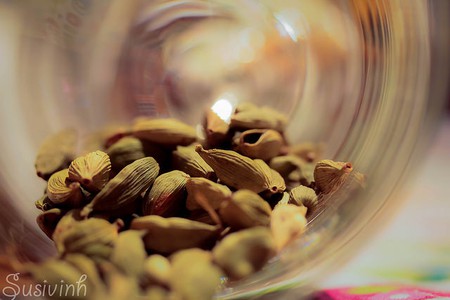 Indigenous to the land of the Malabar Coast in India, this spice belongs to the ginger family of spices and is the third most expensive spice in the world, mainly because it is hand-harvested and requires a lot of manual work. While the green cardamom has a mild and light eucalyptus tone to it, the black cardamom is spicy, smoky and generally used only for its seeds. The most common use for cardamom is to enhance the flavor of tea and puddings. 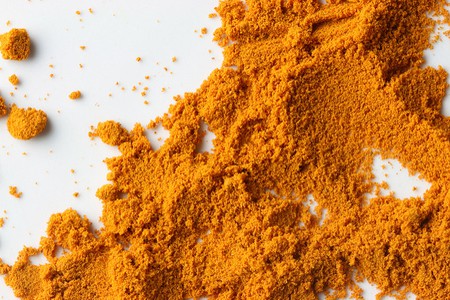 Another spice belonging to the ginger family, turmeric is probably the most commonly used spice in India. Turmeric was predominantly used as a dye and in Siddha medicine for thousands of years. Derived from the roots of Curcuma Longa, a leafy plant native to India, turmeric has an earthy consistency, and a warm aroma and taste. Mainly used for its flavor and color, turmeric also has antiseptic qualities and is therefore used for its health benefits as well.

Book stays and experiences,
hand-picked by our travel experts. 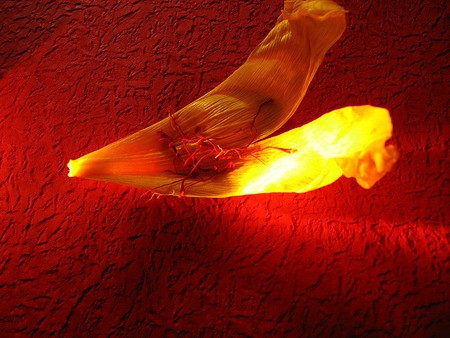 Saffron is the most expensive spice in the world. Originating in Kashmir and derived from the stigma of crocus flowers, saffron is believed to be more valuable than gold. The most striking feature of this spice is its pungent, honey-like aroma. The deeper the color of saffron, the purer it is. It is often used after being soaked in water or milk, which softens its strong aroma and taste. 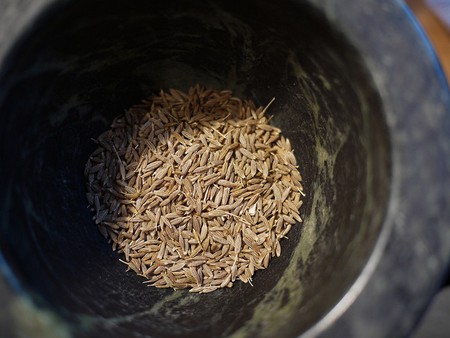 Cumin derives from the parsley family and is used to add a smoky note and a robust aroma to most Indian curries and vegetables. Fried in its dry form and roasted before use, cumin seed is usually the first spice added while cooking Indian dishes. It is also dry roasted and converted to powder before being added to dishes like pudding and buttermilk. It is used to flavor rice, stuffed vegetables, many savory dishes and curries. Since it burns easily and can become overpowering, it is used sparingly.

Derived from the resin taken from plants within the parsley family, asafoetida is usually added to hot oil before all other ingredients. It is valued for its truffle-like flavor and roasted garlic aroma, and is used as a condiment and flavoring agent in Indian food. It is famously used as a main ingredient in the Indian snack, chewer. Grown predominantly in Kashmir and in some parts of Punjab, asafoetida is very useful for its anti-flatulence properties! 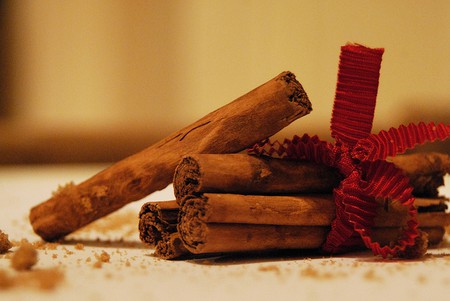 Cinnamon, widely used in Hyderabadi Biryani, is a sweet-tasting spice with a warm and woody aroma. These properties make it a great ingredient to be used in cakes and desserts. Apart from adding flavor to food, cinnamon also has various health benefits; thought to help prevent cancer and lower blood pressure. It is predominantly grown along the Western Ghats of Kerela and Tamil Nadu. While the origins of this spice can be traced back to India, it is also native to Sri Lanka. 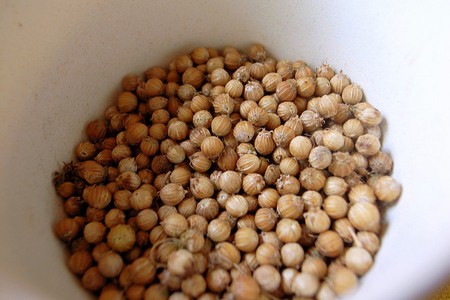 Coriander is a member of the parsley family, and its seeds are oval in shape, ridged, and turn from bright green to beige when ripe. This spice tastes sweet and tangy, with a slightly citrusy flavor. This omnipresent spice is probably the oldest in the world and is widely grown in the states of Rajasthan and Madhya Pradesh. Widely used, coriander seeds are also used as an alternative to salt. 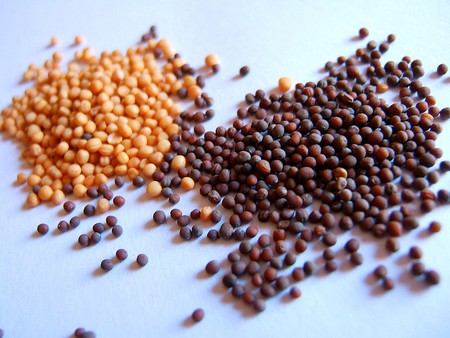 In Indian cooking, brown mustard seeds are more commonly used than the black mustard seeds. These seeds can be fried whole in order to flavor oil that is then used for cooking raw food. This favored oil can also be used as a garnish. While the seeds are native to Rome, the earliest reference to their use are in stories of Buddha, where he uses these seeds to save a boy’s life. 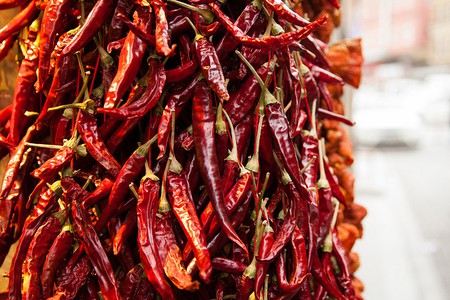 Red chili powder is made from the seeds of red chilies. Being the hottest part of the chili, the powder is exceptionally strong and used in small quantities. Originating in the Americas, the powder was introduced to India by the Portuguese and has since become an integral part of Indian cooking. The chili is also used in its whole form in various South Indian curries.